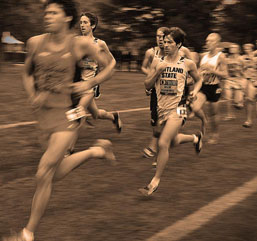 For the 5th straight year, Track Town USA hosted a major track event. Hayward Field is the heart of Track Town USA, and almost every summer, it is the center of the world of track and field. This year, the USA’s top athletes made the trek to Eugene in the quest of a place on the 2012 US Olympic Team, and s trip to the Summer Olympic Games in London.

Here are the recent highlights of the summer track and field schedule at historic Hayward Field:

And also for the 5th straight year, Tracktown Productions Executive Producer Tim Lay will head up the in-stadium production of Eugene’s biggest track events. Tim is using his experience as an event producer/director for ESPN and Fox Sports Net to elevate the stadium experience for all who attend the event.

“Every year, we have added something new to our coverage. And in 2012, we brought in an unprecedented amount of information to the fan. For the first time, we added daily event previews, concurrent field event updates, and video highlight reviews of the day’s events. The goal was to give everyone in attendance, inside the stadium and in the festival areas, a better understanding of what happened today, and what’s coming tomorrow.”

And there are more championships track and field events in the future. Track Town USA will be hosting the following events in the coming years: