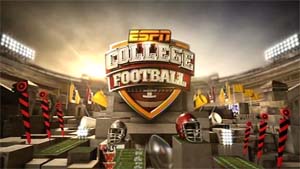 For over 50 years, the Oregon Track Club (OTC) has the guiding force behind the promotion of track and field in Eugene and in Oregon. The leaders of the club comprise athletes and fans of track and field and whose tireless efforts make it possible for Tracktown USA To host major events like the 2008, 2012 & 2016 Olympic Trials, NCAA Track & Field Championships in 2010 & 2013-18, and the 2014 IAAF World Junior Championships of Athletics. The OTC has selected Tracktown Productions to be an integral part of the organizing team, and to produce the in-stadium show for their marquee events.

Headquartered in San Francisco’s SOMA district, Pac-12 Enterprises is the new content and multi-platform media company for the Pac-12 Conference, a leader in collegiate athletics that includes 12 of the most prestigious universities in the world. With a nation-leading 451 NCAA titles across 27 sports, the Pac-12 has earned its preeminent position as the “Conference of Champions.” Tim Lay is Tracktown Production’s principle partner, and has been a producer/director for virtually every sport on the network, and has been a leader in the coverage of conference championships in gymnastics, women’s basketball, cross country, and track and field.

ESPN is the worldwide leader in sports programming, and produces collegiate sports programming for their linear networks, as well as a variety of syndicated programs for conferences including the SEC, Big East, Big12, Mid-American Conference, Metro Atlantic Conference, Sunbelt and Western Athletic Conference. They also produce web exclusive programming that can be seen on ESPN3.com. TrackTown Productions is an experienced program packager for ESPN, specializing in the coverage of cross country and track & field.

Fox Sports Net (FSN) is the collective name for a group of regional sports networks that are primarily owned and operated by the Fox Entertainment Group division of News Corporation.